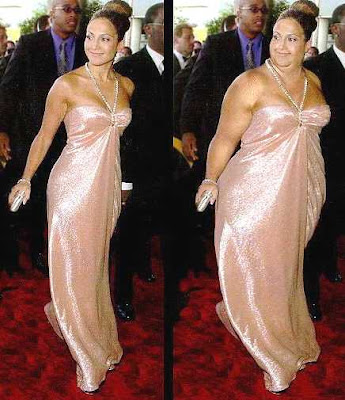 When I began losing weight with low-carb, my motivation was not the usual one. I knew that as an obese woman, I would have very little credibility as a scientist.

That sounds odd, doesn’t it? Why would obesity trump publications and other achievements in the professional world?

This week I came across an article in the journal Obesity, “The Stigma of Obesity: A Review and Update.” The authors, Rebecca Puhl and Chelsea Heuer, give numerous examples from the literature demonstrating that obese individuals are indeed the subjects of discrimination in many areas of life.

In the area of employment discrimination, the article states,

Weight bias is also seen in health care settings. Physicans, medical students, nurses and dieticians all expressed negative attitudes toward obese patients. Common adjectives were “lazy,” “lacking self control” and “noncompliant.” Medical students reported that severely obese patients were most frequently the target of derogatory humor among attending physicians, residents and students, especially in surgical specialties. Obese women, in particular, pick up on these attitudes. The article discusses several studies indicating that women in the United States are more likely to delay or forego preventive care as their BMI increases.

The article also addresses obesity and interpersonal relationships, including sexual relationships. One study asked 449 college students to rate six pictures of hypothetical sex partners in order of preference. The top ranking went to a healthy partner. Second was an armless partner. Third was a partner with a history of STDs. Fourth was a partner with mental illness. Fifth was a partner in a wheelchair. And sixth? You guessed it. Sixth was an obese partner. Not only that, although both men and women ranked the obese potential partner to be least desirable, the men ranked obese female partners significantly lower than the women ranked obese male partners.

Is this fair? No, it isn’t. Nevertheless, as the authors go on to describe weight bias in the media, it seems that weight bias, and particularly weight bias against women is pervasive. They conclude their article by discussing research to decrease biases against obesity and even legislation to prohibit weight discrimination.

While both of these approaches might be helpful in the long-term, for whatever reason there seems to be an intrinsic stigma against obesity. If you doubt that you have it, take a look at the picture at the top of this post and be honest about your responses. Because of this stigma, and because we all live in the real world, it seems that low-carbers have yet another reason to achieve and maintain a weight loss. Not only is a normal weight more healthy, a normal weight will give us a better chance at achieving our maximum potential in employment, in receiving health care and in forming interpersonal relationships.
Posted by Stargazey at 12:11 PM

I know I am quite late in commenting, but I just found your blog.

I agree with most of your entry - there is a strong discrimination against overweight people, and the most disturbing is when it comes from medical professionals.

But I was surprised with your last comment, that the fact that there is fatism present, it should be a good motivation to lose weight. It might be a motivation - but I dont think it does any good to use it openly and promote it. I find it similar to an advice for women not to wear short skirts to avoid sexist attacks, or not to look pretty in order to avoid rape.

This attitude leads to blaming the victim. A fat person has the right to be treated with respect and equality, no matter what are the reasons of her/his weight or if she/he wants to lose it.
I think health should be the number one motivation emphasized, the other being "feeling good", "feeling attractive" (which should not try to fit one mold).

Thanks for your comment, autsajder. You make a good point, that the victim should not be blamed.

On the other hand, I don't like being a victim, and when I can take reasonable steps to avoid it, I do.

So perhaps there are two ways of looking at it. When I'm in a position to judge, I need to remember that it is wrong to discriminate against people who are a particular sex or race or size. When I'm the one who is being judged, I need to realize that I can't control my gender or my race, but I might be able to control my size and in so doing, I might be able to achieve a greater degree of success than if I had chosen not to do so.

You're probably right that health and feeling attractive are the prime motivations for weight loss for most people. But for me, increased credibility is one of the most important reasons I have to maintain my weight loss. When I was fat, people didn't listen to me. Now that I'm thin, they do. Until the fatists wake up, I'm willing to stay thin so that my voice can be heard. But others may choose differently, and I'm fine with that. We all have to choose our own paths.