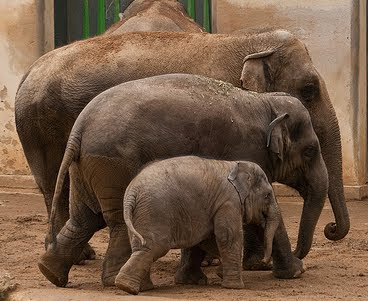 Thanks to the work of TV doctors, the American Heart Association and the American Diabetes Association, most Americans are convinced that a high fat intake is bad and exercise is good. As a result, knowledgeable Americans try to avoid fat and get at least some exercise. They eat meat that is as lean as possible, they use butter substitutes on their toast, and they do their best to emphasize high-fiber, low-cholesterol foods. They try to walk or jog regularly, and some even manage to buy memberships at a gym. How's that working out for us?

Not very well, according to a recent study in the British journal Lancet. The article carries the rather long title National, regional, and global trends in body-mass index since 1980: systematic analysis of health examination surveys and epidemiological studies with 960 country-years and 9·1 million participants. The authors measured worldwide obesity in terms of BMI or body mass index, which compares a person's weight to his or her height. A BMI between 25 and 30 is considered overweight, and a BMI over 30 is considered obese.

Worldwide vs. U.S. obesity
The bottom line of the study was that, between 1980 and 2008, worldwide obesity has approximately doubled. For adult men, the percentage has gone from 4.8% to 9.8%. For adult women, the percentage went from 7.9% to 13.8%. And that wasn't all. Obesity-wise, America has left the average world citizen in the dust. In 2008, the number of obese American adults was not just one in ten. It was one in three.

Not only that, during nearly thirty years, the U.S. saw the fastest rise in BMI, about 1 full BMI point per decade, to an average BMI of 28 in 2008. In an interview, one of the lead authors of the study, Majid Ezzati of the Imperial College in London, suggested that remedies might include taxing sugar-containing foods and encouraging transportation by bicycle.

Some good news
Dr. Ezzati noted that, despite their increasing BMIs, the richer countries of the world had reduced average systolic blood pressure and average total cholesterol during the years of the study. This is surprising because, according to the National Health and Nutrition Examination Survey (NHANES), overweight and obesity raises the risk of hypertension and high LDL cholesterol. Dr. Ezzati suggested that improved screening and treatment, using less salt and eating unsaturated fats may have contributed to the decline in average blood pressure and cholesterol in the face of steadily increasing BMI. He did not give a relative value to each of these variables and did not note that the richest countries of the world tend to rely heavily on prescription drugs for the treatment of both hypertension and high cholesterol.

Even worse than the U.S.
Do you remember my first blogpost of 2011, suggesting that my readers observe the food choices of the people around them and the health status of the same individuals? The South Pacific island nation of Nauru provides some interesting data in that regard. The Lancet study noted that the people of Nauru have an average BMI of about 34, the highest in the world. Traditionally Nauruans ate ibija fish, coconuts (a very high-fat food) and the fruit of the pandanus tree. After phosphate was discovered on the island, they started selling it and using their income to buy Western foods. Today their most popular dish is chicken marinated in cola, fried, and accompanied by lots of Coke to wash it down. In 1991 the World Health Organization reported that half of Nauruan adults aged 30-64 had diabetes. Although Nauru has free health care, the life expectancy at birth is 59 for men and 64 for women.

Food for thought
One wonders if the rapid rise in obesity in the U.S. might be related to the media-promoted drive to shun fats and embrace carbohydrates, beginning in about 1970. Or if the amazing obesity rate of the Nauruan people may have something to do, not with fat alone, but with the addition of copious quantities of sugar to a fat-rich diet. Just observations, not proof. But it's something to think about.
Posted by Stargazey at 12:35 PM

But...exercise is good (for preventing/treating insulin resistance). It's just useless for weight loss (unless you run many miles a day every day).

Hi, Nige! You're correct, of course. From Dr. Ezzati's remark about encouraging transportation by bicycle, I doubt that the authors of the study know the difference between exercise for weight loss and exercise to decrease insulin resistance.

@ Nigel...
True, exercise itself doesn't lose the weight for you. Burning off a BigMac? About 6 hours, apparently.

Exercise better controls your cortisol levels which has everything to do with weight gain and insulin resistance.

It's also the types of fats people are consuming, along with high fructose corn syrup, fruit juices (fructose without the fibre in the fruit) and so on.

Lowering fat has not lowered heart disease. Plenty of evidence there, yet people are still convinced about the big fat lie.

So good you cut to the "bottom line" on this topic.

Great to see you back from hiatus!

"Or if the amazing obesity rate of the Nauruan people may have something to do, not with fat alone, but with the addition of copious quantities of sugar to a fat-rich diet."

Ding! Glad to see someone link carbs and fat to weight gain. It seems like the low carb crowd always beats up on carbs, ignoring the fact that most foods associated with obesity such chips, ice cream, cookies, pizza, burgers, and fries are high in carbs and fat. I can't remember if it was Gary Taubes, David Kessler, or both who talked about the hyperpalatability of sugar, fat, and salt in the right combination. I think it was Taubes or maybe Art Devany who noted that very few unprocessed foods are high in both carbs and fat. Fat is usually found together with protein in foods like meat or nuts. I could not consume more than 500 calories of a high fat/high protein food like cooked meat or shrimp and avocado salad. Back in my pre-primal days, I could finish off a half of a small bag of chips or three slices of pizza, 800-1,000 calories total, before my stomach would scream, "Enough!"

very few unprocessed foods are high in both carbs and fat

Good observation, DogwoodTree05! The only exception that I can think of is milk. And of course young mammals need to put on mass as quickly as possible, so it makes sense.

If I can join the chorus--yep, milk is one of the few places you find carbs and fat together in nature.

And in most (though not all) traditional cultures where dairy is important, adults consumed most of their dairy in fermented forms--cheese, yogurt, kefir--that after fermentation are much lower in carbs and much higher in protein and vitamins....