The Ketogenic Diet and Epilepsy 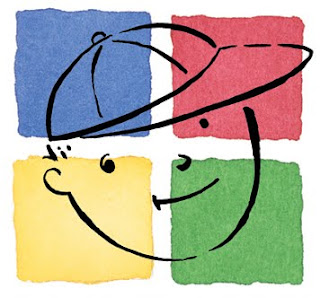 The logo in the picture above belongs to the Charlie Foundation. "Charlie" is Charlie Abrahams, the son of a Hollywood producer named Jim Abrahams. In 1993, at 20 months of age, Charlie had been having up to 100 epileptic seizures a day. Although he was on several powerful anti-seizure medications, and had even had brain surgery, Charlie's seizures continued. His parents tried everything they could think of to help him. Finally they learned of an old treatment for epilepsy called the ketogenic diet. It consisted of approximately 90% fat, with adequate protein for growth and a very small amount of carbohydrate.

The ketogenic diet had originally been invented in the 1920's. Early in that decade, a physician named Hugh Conklin began to treat children with epilepsy by having them consume only water for 10 to 25 days. Amazingly, when the children resumed normal eating, many of them were found to be seizure-free for long periods of time. Although enforced fasting was a difficult treatment for these children, at that time it was considered a reasonable alternative to a lifetime of constant seizures. Eventually investigators discovered that seizure reduction could also be achieved with a diet that produced many of the effects of starvation while providing sufficient calories for survival and growth. The key was that the diet was very high in fat and very low in carbohydrate and, like starvation, it produced a large amount of ketone bodies including acetoacetate and beta hydroxybutyrate.

Low-carbers know that on a standard American diet, the tissues of the brain use glucose as their primary fuel. They also know that on a low-carb diet, after a period of metabolic adjustment, most of the tissues in the brain are able to use ketone bodies for fuel. For low-carbers, this is just an interesting fact. However, for children in the 1920's with epilepsy, it had profound implications. By maintaining a high level of ketones and a low availability of gluocose for their brains to use as fuel, many children were able to reduce or avoid epileptic seizures altogether.

Then in 1938, a new drug called Dilantin (phenytoin) was introduced. Dilantin proved to be such an effective anticonvulsant that physicians began to turn their attention to pharmaceutical interventions for epilepsy, and the dietary approach to the treatment of epilepsy was all but forgotten. By the 1990's, Johns Hopkins Hospital was one of the few places that treated epileptic children with a ketogenic diet, and even they initiated treatment on only about ten patients per year.

That's where Charlie Abrahams entered the picture. After two days on the Johns Hopkins ketogenic diet, Charlie was seizure-free. (Remember, he had been having up to 100 seizures per day.) After a month, he was off all of his seizure medication. Understandably, his parents were impressed. They used their resources and contacts to establish the Charlie Foundation in order to help other parents whose children were not responding well to standard epileptic treatments.

Fifteen years later, Charlie Abrahams himself is still doing well and can be seen to be a normal teenager in a video filmed in 2008. Because of the resurgence of interest in the ketogenic diet, in 2007 the American Academy of Pediatrics published a review article called The Ketogenic Diet: One Decade Later. The article discusses the dramatic increase in the use of the ketogenic diet for the treatment of epilepsy. Although the mechanism by which the diet reduces seizures is still a matter of speculation, the diet appears to be effective in children of different ages and can be used to treat both generalized and partial seizure disorders. About half of the children who initiate the diet are not able to follow it long-term, but among the rest, about 10%–15% of are seizure-free one year later, while another 30% experience a 90% reduction in seizures. For those who cannot follow the strict ketogenic diet, a small study using a diet that approximated Atkins Induction found that 65% of patients had a 50% reduction in seizures and 35% had a 90% reduction.

The review article as well as the website for the Charlie Foundation make fascinating reading. If you have epilepsy or if you have a child who has epilepsy, it is important to contact experienced professionals before attempting to do the ketogenic diet. It turns out to be much more complicated than just picking up a copy of Dr. Atkins' Diet Revolution and forging ahead on your own. But there appears to be lots of help available for those who would like to consider using a ketogenic diet an an additional approach to the management of difficult-to-control epilepsy.
Posted by Stargazey at 9:31 PM

I once asked a doc to consider putting a little kid on this - guess what the answer was. They almost called security on me.

My husband trained in pediatric neurology Michigan in the 1970's, and he said that he was taught about the ketogenic diet at that time. The idea of a dietary treatment for epilepsy wasn't completely unknown even then. Perhaps your doctor nodded off during some of his classes on seizures.

It does need to be repeated that children who are put on a ketogenic diet are placed at risk for several adverse events. The ketogenic diet is an extreme version of low-carb, and because of that, the children who do it must be monitored carefully. The review article says that some of the initial problems can include acidosis, hypoglycemia, gastrointestinal distress, dehydration, and lethargy. When the diet is used long-term in children, five percent of them will develop kidney stones. Children on the diet have a higher incidence of bone fractures, suggesting that bone density may be decreased. Growth may also be affected. The majority of children who are on the diet for six years will be in the lowest 10% of on the pediatric growth grid for height and weight.

All of these conditions can be managed medically, but this is why a child who is placed on a ketogenic diet has to be closely monitored for the duration of the diet.

To Francesca Mcniel: I received your comment, but I will not publish it because I do not allow my blog to be used for promoting products or services. However, I do want to wish you and your daughter all the best as you deal with her grand mal seizures.