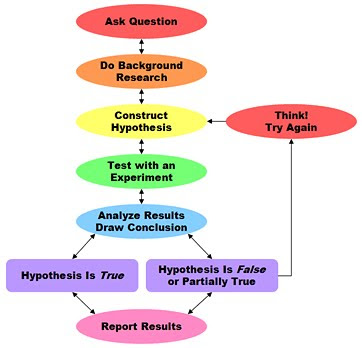 Aristotle was a Greek philosopher who lived from 384 BC to 322 BC. His works contain the first known formal study of logic, which he applied in many areas of life, including the field of science. Aristotle made extensive observations of natural phenomena and then applied logic to these observations in an effort to systematize them. Sometimes these logical inferences were correct, for example his deduction that the Milky Way is not shaded by the earth from illumination by the sun because the sun is too large and the stars are too distant for this to occur. Sometimes Aristotle's reasoning led to incorrect conclusions, such as his belief that the sun, stars and planets circle the earth. And occasionally Aristotle's conclusions were incorrect because his observations were not as careful as they might have been--for instance, he believed that men have more teeth than women, and that heavier objects fall faster than lighter ones.

Aristotle believed that observations coupled with reasoning could decipher the laws of the universe. He discounted experiments as artificial contrivances with little relevance to the natural world. When isolated events contradicted the laws of the universe as he understood them, they were regarded as "monsters" that could be ignored. Because Aristotle was very highly thought of as a philosopher and logician, it was regarded as a form of heresy to contradict the laws of science Aristotle had deduced from his observations. For that reason, his incorrect scientific ideas carried a great deal of weight at least until the 1500's.

In the 1500's, men such as Francis Bacon and Galileo Galilei brought changes to the study of science. Bacon rejected the idea of science by logical reasoning and syllogism. He advocated the use of observation, hypothesis and experiment leading to a gradual and systematic formulation of general axioms which could be disproven if evidence came forth to contracdict them (the scientific method, illustrated above). Galileo, as every schoolchild knows, availed himself of technology that had not been available to Aristotle. His telescope revealed that satellites orbited the planet Jupiter and that the planet Venus had phases just like the moon. While logic dictated that the earth was the center of the universe, experimental observations made by an Italian physicist indicated that this could not be the case.

When science was dominated by the application of deductive reasoning, scientific progress was slow to nonexistent. Even highly educated people believed in such things as phlogiston and spontaneous generation. Thanks to the scientific method, experiments were performed by Antoine Lavoisier, one of the men who discovered oxygen, and we now realize that burning is not a process of releasing an invisible, weightless substance called phlogiston, but a process of oxidation. Thanks to the scientific method in the hands of Louis Pasteur, we know that flasks of broth do not become cloudy by creating bacteria on their own, but that microscopic organisms can reproduce and multiply in a broth that initially appears clear.

With all of this in mind, it is surprising that some 21st century health experts wish to return to the days of science by deductive reasoning. While certain phenomena may appear to be true by anecdote or under certain conditions, without a systematic comparison of different interventions, there is no way to know for sure if eating a particular type of diet is good for weight loss, weight maintenance or (more importantly) the avoidance of the diseases of Western civilization. As Gary Taubes says at the conclusion of Good Calories, Bad Calories, "What's needed now are randomized trials that test the carbohydrate hypothesis as well as the conventional wisdom. ...it's hard to imagine that this controversy will go away if we don't do them, that we won't be arguing about the detrimental role of fats and carbohydrates in the diet twenty years from now. ...it's hard to imagine that the cost of such trials, even a dozen or a hundred of them won't ultimately be trivial compared with the societal cost."

Some investigators are doing randomized clinical trials, such as the A TO Z Weight Loss Study to compare diets such as Atkins, Ornish, Zone and a standard low-fat/high-carbohydrate diet. More of these studies need to be done, so that we can understand the specific health effects of eating various types of diets in various types of people over extended periods of time. And even in the context of low-carbing, it would also be helpful to have studies that examine the effect of eating saturated fats vs. polyunsaturated fats; eating at least 12-15 carbs' worth of vegetables per day vs. eating very few plant foods; including dairy vs. avoiding dairy in our diets; and taking various supplements vs. using no supplements. Until we have the studies to confirm or disprove our presuppostions, we are on shaky ground, just like Aristotle. Most of the time he was correct. Some of the time he was not. Without the scientific method, it's hard to know which is which.
Posted by Stargazey at 6:17 PM

Regarding the flowchart: I thought that you never talk about a hypothesis being "true", just "not yet falsified".

To be accurate that diagram is wrong. you never actually prove an hypothesis. All you do is test it and decide that it hasn't failed yet. Science can disprove things but it can't prove things. That is the nature of the induction. It is falsification

Patrik and Chris--you are both correct, of course. The best science keeps trying to refute a hypothesis, and that's how I read the diagram. When you're doing science, you get used to the fact that the hypothesis that your experiments have "proven" today is going to be refined and modified by somebody else in the future. I didn't even think of it in terms of establishing final "truth," but I can see how the flowchart would promote that idea.

Thanks for providing more accurate terminology for the people who read here.

A great followup blog post to this might be to explain associative studies or correlative studies. While they do provide potential hypotheses they do not PROVE anything.

Good point, JD. I shall consider that seriously.