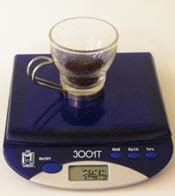 In 2004 the Food and Drug Administration banned the sale of dietary supplements containing ephedra in the United States. Although studies had shown a beneficial effect of the combination of ephedra and caffeine for weight loss in trials of six months or less, there were many reports of heart attacks, strokes, seizures and death caused by ephedra. This caused the FDA to discourage and finally to prohibit the sale of dietary supplements containing ephedrine alkaloids.

Caffeine, however, remains readily available in the form of coffee, tea, chocolate and over-the-counter pills. Does caffeine alone have a beneficial effect on weight loss?

It may, but if it does, the effect is slight. By inhibiting an enzyme that degrades intracellular cyclic AMP, caffeine is able to promote thermogenesis and stimulate fat oxidation. However, the long-term effect of these changes is not dramatic. From 1986 to 1998, Lopez-Garcia et al. studied the effect of changes in caffeine intake in a total of 58,000 health care professionals. Caffeine intake was calculated from the self-reported weekly consumption of coffee, tea, soft drinks and chocolate. Participants were divided into quintiles according to the amount that their caffeine intake had varied, from a net decrease to a net increase over the twelve years of the study. Each quintile gained weight during the study, but in the quintile that had increased its caffeine intake the most, less weight was gained. How much less? Slightly under a pound. Over twelve years. It is also important to note that this was a correlational study, and as we have learned, correlation does not equal causation.

One of the interesting aspects of caffeine consumption is that it is associated with an increase in insulin resistance. In this 2005 article in Diabetes Care, Lee et al. show that lean, obese and type 2 diabetic men experienced a 33-37% reduction in insulin sensitivity immediately following ingestion of a capsule containing caffeine equivalent to about 2-3 cups of coffee. The references in the article confirm that other investigators found similar results in single-dose administration of caffeine, but none of these the addressed the effect of chronic caffeine ingestion on insulin resistance.

This is important because in their discussion Lee et al. point out a paradox. The consumption of coffee (as opposed to consumption of pure caffeine) has an inverse relationship with the incidence with type 2 diabetes. Van Dam et al. saw a dose-response relationship between increasing coffee consumption and a declining risk of type 2 diabetes in younger and middle-aged women. This was true both for caffeinated and decaffeinated coffee. Granted, this was another correlational study, but it does raise the interesting possibility that there is a non-caffeine component of coffee that provides a protective effect against type 2 diabetes. Potassium, magnesium, chlorogenic acid, quinic acid, trigonelline and lignan secoisolariciresinol have all been proposed as possible agents for improved glucose metabolism in coffee drinkers, but the association is mostly speculative.


To summarize, from the literature, it appears that caffeine does not provide much help with weight loss, but on the average it does not hinder it either. Caffeine increases insulin resistance in the short term, but it may or may not do so in the long term. For those who get their caffeine fix by drinking coffee, it is possible but by no means certain that the coffee itself contains one or more compounds that have a beneficial effect on glucose metabolism. As of this writing, the use of caffeine on a low-carb diet is up to the dieter. The science is far from settled.
Posted by Stargazey at 6:40 PM

Personally, if I want to stimulate fat release, I can always use a 15 mg slow release nicotine patch.

Of course, my first act of the day is to build a double expresso topped with 50 mg whipped full fat cream.