The previous post discussed a three-legged stool approach to dealing with reactive hypoglycemia. The three legs of the stool are critical for lowering blood insulin and restoring insulin responsiveness. They are:

Overall, these three appear to be the most important strategies for lowering blood insulin and restoring insulin responsiveness. However, a scan of low-carb websites suggests some additional ideas for improving insulin control. 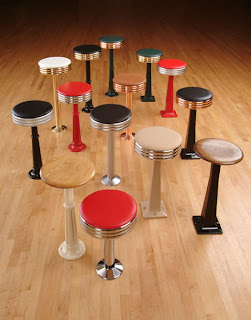 -Avoid "sweet"
For 18 days Jimmy Moore did a "Sweet"-Free Challenge. He avoided all artificial sweeteners, including those in diet soda. The taste of sweet, even if it comes in a zero-calorie product, can be enough to trigger an insulin release from the pancreas.

-Be careful with alcohol
Dr. Mike Eades discusses alcohol consumption in the comments section of a recent post at his blog. In response to a commenter, Lowcarb convert, Dr. Mike says Studies have shown that a glass of wine per day helps with weight loss, but if you can’t stop with just one - and I’m one of those who has difficulty in doing so - cold turkey may be the better strategy. In response to that, another poster, Tom, says For me, wine is a gateway drug…to carbs! Alcohol lowers inhibitions, including inhibitions against eating carbs, and eating carbs leads to the release of insulin. A word to the wise is sufficient.

-When you eat carbs, make them low-glycemic carbs
Dr. William Davis discusses Quieting the insulin storm in a recent post at his blog. He points out that some foods, like wheat and cornstarch, have a higher glycemic index than table sugar. The higher the glycemic index, the more rapidly blood sugar will rise, and the more insulin will be released by the pancreas in response.

-Eat healthy fats at every meal
Healthy fats make up the caloric difference between an individual's daily caloric need and the calories provided by low carbs plus moderate protein. Fats provide energy, promote satiety and can be consumed with no insulin required whatsoever.

-Avoid eating a large volume of food at one sitting
In his book The Diabetes Solution, Dr. Richard Bernstein discusses the fact that simply overstretching the stomach causes the release of insulin. This effect happens without reference to what type of food is consumed. It occurs whenever the stomach has been distended--by overeating or by eating large servings of high fiber foods. (According to Dr. Bernstein, it even happens when the stomach is distended with air.) To avoid oversecreting insulin, it is preferable to avoid eating one large meal and two small ones, but instead keep all three meals at a similar volume of food.
Posted by Stargazey at 9:43 AM

A book that contains elements of all the strategies you listed is "Potatoes, Not Prozac." DeMaisons, the author, worked at an alcohol treatment center and could not accept the high recedivism rate for alcoholics. She did a little research and learned that abstaining from alcohol isn't enough. What recovering addicts eat make a difference too. Her nutritional approach has seen success rates in the 90% area.

Hi, Christie! I appreciate your feedback. I'm starting to realize that these principles cover more than just reactive hypoglycemia.

I went over to Amazon and looked at the reviews on Potatoes Not Prozac. One of the reviewers outlined DesMaisons' seven-step plan, and to a low-carber the steps look very familiar:

1. Keep a food journal every day
2. Eat three meals a day at regular intervals
3. Take Vitamin C, B complex, and zinc
4. Eat enough protein at each meal
5. Move from simple to complex carbohydrates, or from "white foods" to "brown" and "green" foods. "Brown" refers to things like whole grains and beans. "Green" means vegetables, of whatever color.
6. Reduce or eliminate sugars (including alcohol)
7. Create a plan for maintenance

I have done the PNP plan for years and found all the steps worked for me apart from the "brown" things they trigger me just like "white" things and i gain weight too easily and the potato 3 hours after dinner didn't work for me although I think this is because I'm too sensitive to carbs and have enough seratonin, blood sugar is my biggest issue. She has helped a lot of people however with serious issues.

That's interesting, Michelle. I was going to say something about the "brown" foods and the potato before bedtime running counter to low-carb guidelines, but decided that they might work in the context of treating alcoholism. Your experience indicates that those two sources of carbohydrate may not be essential to the success of the PNP plan.

I never took the PNP potato suggestion to heart. Instead, I began using light therapy to get my serotonin. It's working wonderfully. (And it's carb-free!)

I myself am not an alcoholic but come from a family history of alcoholism. I believe a few of her theories, but she is heavily against Low Carb diets, if you go to http://www.radiantrecovery.com/resourcecenter/otherprograms.htm she believes “The higher levels of fat you have been eating on the plan have actually made you more insulin-resistant”.

I personally don't feel this is corrent as 6 years ago I had great success with Atkins. I deviated to PNP because of Panic Attacks I was having, now I have realised this I believe caused by Artificial Sweetners etc… So after and trying to master eating enough protein, complex carbs and "good fat" to last me 5 hours and I have gained 100lbs in doing so, this is why I have come back to Low Carb because I know it's the only thing that has worked for me.

I believe it's important to have adequate protein but not too much. The waiting 5-6 hours between meals from her belief is it teaches our brain to start and stop.

So I have taken on some of her advice but not all, everybody has different bodies. I'm in the process of beginning Low carb again have been for 4 weeks now and taking on what you have suggested Stargazey and so far so good and I'm down 13lbs which is a bonus  I can only go 5 hours max between my meals at the moment but hopefully that will get better with time, and my panic attacks are lessining a lot!

As always, your blog is very insperational.

I would just like to know on what facts or studies do you base the idea that there is an insulin response when you eat something sweet. Is there a biochemical process that has a name for this? Now of course im not talking glucose but the mentioning of anything sweet, even splenda or other artificial sweetners ?

Thanks, JayCee. The release of insulin in response to "sweet" has to do with the cephalic phase of insulin release. Cephalic means "pertaining to the head," and that's right--the cephalic phase insulin response is all in your head. It occurs about five or ten minutes after initial consumption of food--before the nutrients have had a chance to enter the blood. The head anticipates that blood glucose will soon rise, and tells the pancreas to start secreting insulin to give itself a headstart.