How Are Fats Metabolized? 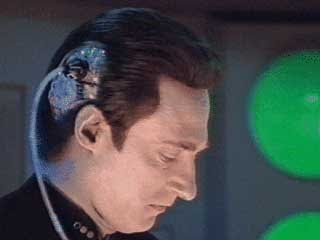 In a previous post we saw that the fats we eat are made up of a group of molecules called tri-glycer-ides--three fatty acids covalently bonded to one glycerol backbone. In a subsequent post we learned that triglycerides are absorbed, packaged and transported to the cells of the body through the circulatory system. In muscle cells these triglycerides can be used for energy, and in adipose tissue (fat cells), they can be stored for future use.

What happens when it is time to use the fat we have stored in our bodies? The first thing that must happen is that insulin levels must be low. In the presence of low insulin, the hormones glucagon from the pancreas or epinephrine from the adrenal glands will stimulate the activity of hormone-sensitive lipase (HSL). Hormone-sensitive lipase (plus another enzyme called diacylglycerol lipase) will convert a triglyceride stored in a fat cell back into one glycerol molecule plus three fatty acids.

Once inside one of the body's cells, the free fatty acid is activated with a "handle" called CoA. (Pronunciation note: CoA rhymes with "No Way." It does NOT rhyme with Boa.) The fatty acid plus its handle is called acyl-CoA. The acyl-CoA heads for a mitochondrion, a small organelle that functions as the powerhouse of most cells. Once inside the mitochondrion, the acyl-CoA is dismantled, two carbon units at a time. Each time a two-carbon unit is released, energy is produced from the breaking of the covalent bonds. Not only that, the two-carbon units themselves enter something called the TCA or tricarboxylic acid cycle where they are broken down further to produce carbon dioxide plus even more energy.

Did you ever wonder why robots need some sort of external or rechargeable power supply but people do not? The robot relies on electricity for its energy source. People, by contrast, rely on ATP for their energy and, amazingly enough, that ATP can be produced from something as simple as the fat they eat for dinner.
Posted by Stargazey at 3:34 PM

Thanks so much for these articles. I have been searching for info on Fat Mobilisation for ages and this is awesome !

Thanks, JayCee! I "lost" your comment, thinking it was on my most recent post, but I just found it here. Good to hear from you!

Although I've signed up for Facebook, I don't really do it--sorry--like Twitter, it would be too much of a temptation to me to waste more time than I already do on the Internet!

To be honest, I am amazed that people are interested in posts on basic biochemistry, but maybe having it explained helps low-carbers understand that what they are doing does have a scientific basis. If there is another biochemistry-related topic you would like me to cover, please let me know and I'll see what I can come up with. Thanks!

A question that has been bothering me: What happens to extra fat when you are eating a 90%+ fat diet? Example, say you are a 5'4" female and you take in 4000 calories (through coconut, macademia nuts and avocado). If insulin is always kept low, then how is fat stored? Thanks!!

A quick answer is acylation stimulating protein. I addressed it under Good Calories Bad Calories Is Not Necessarily Infallible. To quote myself:

Insulin release does promote the storage of fat in adipocytes, but it is not the only signaling protein that produces fat storage. Acylation Stimulating Protein (ASP) is secreted by fat cells and allows fat to be removed from chylomicrons and stored in fat cells. Acylation Stimulating Protein permits the body to store fat in the absence of insulin. The process is discussed here by Dave Dixon and here by Petro Dobromylskyj (Hyperlipid).

Don't be amazed! For some folks... Like me... Understanding what's going on keeps me on track... If I can imagine those fat molecules breaking down For use, but only in a low insulin environment, then I can picture that any time I'm tempted by a slice of toast... Toast->sugar->insulin->fats not being metabolized=bad!

As I try to get my blood sugar under control, the mOre I learn about the complexity of metabolism, the better choices I can make as I try to figure my own body out.