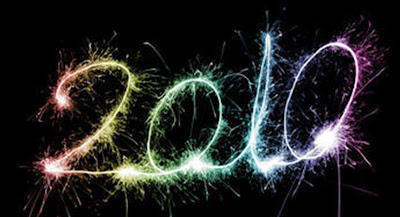 You'd been hoping to lose weight all through 2009, but never quite managed it. Then came Thanksgiving. After the big meal and the family time, you washed the dishes, put away the leftovers, dug out the Christmas decorations, and as you made the house ready for the season you hoped to do better in December. Of course, you had forgotten about the holiday goodies that would be brought into your office as treats for everybody. They sat there in all their deliciousness, and it was just too hard to resist them.

Christmas arrived. Only Scrooge would decline the traditional foods that various relatives and friends had prepared. A week of polishing off the remaining treats has left you with a closet of clothes that no longer fit and a temptation to try a weight-related New Year's resolution one more time.

What makes your 2010 resolution different from your previous weight-loss resolutions? This time you're doing low-carb! You have gone to the Internet to investigate low-carbing and to make contact with people who can encourage and advise you. You have a book (Dr. Atkins' Diet Revolution or Mike and Mary Dan Eades' Protein Power), and you have decided to read it and follow what it says.

What's different about low-carbing? Low-carbing allows us to work with the way our body works rather than fighting against it. When we eat foods with lots of carbs (bread, pasta, potatoes, most desserts and snacks), our bodies can't use all of those calories at once. Our pancreas releases the hormone insulin to store the nutrients in our cells. Between meals, the nutrients are released and are used for energy.

However, as we age, the store-and-release cycle sometimes starts to break down. We eat the carbs and store the nutrients, but when it comes time for our cells to release the nutrients, they resist doing so. The body needs energy but the cells don't want to release it. So the body moves to plan B. It commands us, "EAT MORE." Sure enough, we load up on more carbs and for a little while we have the energy we need. The excess energy from our snack is stored in our cells, but once again the cells resist releasing it when we need more energy a few hours after we've eaten. As this vicious cycle deepens, we notice that we are eating, getting hungry, eating again, getting hungry again and steadily gaining weight. We can try ignoring our appetite, but our bodies are clever. They will make the drive for food relentless. If our willpower holds, our bodies will assume they are in a starvation situation and will retaliate. They will throttle down our core temperature and make us less energetic. Sound familiar?

Low-carb eating circumvents the broken store-and-release cycle. Eating low-carb food means we will be eating mostly protein and fat. Both protein and fat are stored after meals, but the process is more gradual. With very few carbs, less insulin is needed, and this means that body's cells are more likely to make the switch from storage mode to release mode between meals. The presence of dietary fat (in the absence of carbs) will signal the cells that starvation is not imminent, and will tell the body that there is no need to lower body temperature and energy level.

What about calories? When our body is utilizing its own stored energy, it will naturally adjust our appetite to be content with a lower calorie intake. That's hard to believe, but most people will spontaneously start eating less as they become adapted to a low-carb way of eating. They are no longer putting a part of each meal into permanent storage, and are actually able to mobilize the energy their body has been hoarding against what it thinks is a famine. With low-carbing, self control is necessary when it comes to food choices, but the constant battle against raging hunger is over.

That's it in a nutshell. The practice is harder than the theory, but that's why the books by Dr. Atkins and the Eades are there. Psychological support is available from online bulletin boards such as Low Carb Friends.

You can do it. Your body will actually help you when you work with it rather than against it. And those clothes in your closet will soon be too big rather than too small. Happy Low-Carb Year!
Posted by Stargazey at 12:09 PM

Stargazey, you could kick the butts of three quarters of the paleo/low carb bloggers out there.

Thanks for the vote of confidence, shel!

There just isn't that much low-carb research being published right now, so it has been hard to come up with post topics.

Yesterday I re-read a bunch of my own blog posts and realized that perhaps I just need to post again on some topics. Even though most of what I write isn't time-sensitive, people aren't used to combing through previous posts to learn the science behind low-carbing.

Also, if any of my readers has some topic they'd like to know more about, I'll be glad to try to dig around for information and post on that. Again, thanks for the encouragement!

Just found your blog - a lot of good stuff here - thanks.

Since you aren't finding a terrific amount of research (low-carb) right now, here's something I've been struggling with and would love your input on...always feel great on low carb with one exception: my psoriasis and psoriatic arthritis absolutely flare every time I have done low carb. And yes, I have it pinpointed to only the low carb diet. I have read that this may be due to incomplete digestion of animal protein. What are your thoughts on this? I am now trying to do this again while eating veggie, with the exception of some fish....no beef, poultry, or dairy. So far, so good.

Thanks for the suggestion, BJ. I'll look into it and see what I come up with!

I'm back, BJ. I was going to try to do a post on low-carbing and psoriasis, but I couldn't find very much at all on the topic.

When I did a Googlesearch, the links that I found suggested that doing low-carb tended to improve the psoriasis rather than exacerbating it.

Since psoriasis is thought to be caused by a problem with the immune system, I was wondering if you might eat differently when you do low-carb. Do you eat more soy? More nuts? More dairy? More diet soda? More of something else that could produce an allergic reaction? The triggers for psoriasis seem to be a very individual thing, so what affects one person may not bother someone else at all. Anyway, that's all I can think of. I'm sorry I couldn't be more helpful.

Glad to see you back from hiatus.

I've been transitioning to low-carb for about a year, and I'm finally ready to give up grains and legumes for good. No low-carb bread, tortillas, or snacks. I lost the taste for pasta years ago and don't miss pizza, either, so I think I can reprogram my palate not to want sandwiches or burritos. Already I like the simplicity of meal planning: animal protein + 2 servings non-starch veggies + healthy fat (olive oil, avocado, coconut oil, pastured butter) + herbs and spices.

I like to read at Dr. Davis's Heart Scan Blog. If the stories there don't make you wheat-o-phobic, nothing will!