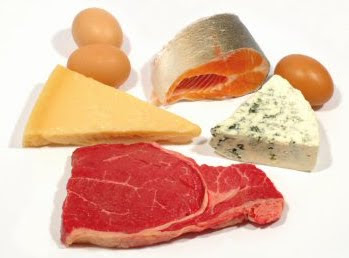 Two articles (abstracts here and here) by Ronald Krauss and colleagues were recently published in the American Journal of Clinical Nutrition. They did an analysis of twenty one prospective cohort studies (i.e., these were actual clinical studies, not just correlational number crunching) and examined the relationship between intake of saturated fat and the risk of coronary heart disease, stroke and cardiovascular disease. This type of analysis depends on the integrity of the authors in selecting the studies to be analyzed, especially if the authors have a bias toward a particular outcome. With that caveat, it is noteworthy that the authors concluded that "there is no significant evidence for concluding that dietary saturated fat is associated with an increased risk of CHD [coronary heart disease] or CVD [coronary vascular disease]." (There was also no significant association with stroke, and the authors stated that results were not affected by age, sex or the quality of a particular study.)

But these were the only studies that showed no relationship between saturated fat and cardiovascular disease, right? Not exactly.

In his blog, Dr. Michael Eades describes a group of 264 men who entered a study after experiencing their first heart attack. From 1957 to 1963 the treatment group ate a diet with about 13.5% saturated fat. The control group continued to eat their normal diet, which probably contained about 25% saturated fat according to Dr. Eades' ballpark estimate. After six years, both groups had the same heart attack relapse rate and the same death rate.

Finally, a 2004 study by Mozaffarian et al. examined the progression of coronary atherosclerosis in postmenopausal women with established coronary heart disease. Comparing the intake of saturated fatty acid among these women over three years, they found that the intake of saturated fat was inversely related to the rate of progression of coronary atherosclerosis, and was unrelated both to unstable angina and to death from myocardial infarction. Unexpectedly, investigators saw a positive association between polyunsaturated fat intake and the rate of narrowing of the coronary arteries. This was particularly true in women with diabetes, lower HDL cholesterol, a lower protein intake and a higher carbohydrate intake. (It is important to note that this was a correlational study and the outcome could be affected by confounding factors that were not identified.)

To eat or not to eat saturated fat? It appears that it is up to the individual. Some studies have shown a slightly increased risk of heart disease with consumption of saturated fats, but many studies show no correlation at all. On the other hand, the increased consumption of carbohydrates, particularly refined carbohydrates, is associated with increased triglycerides, decreased LDL particle size, and decreased HDL cholesterol, all of which are associated with increased risk of cardiovascular disease. If we have to choose between fat and carbohydrate for heart health, it appears that fat may be the better choice.
Posted by Stargazey at 7:35 PM

Thanks for the correction, Miki! I had too many windows open when I wrote that and didn't copy the correct number. But when I reread Dr. Eades' post I saw 25% saturated fat, not 20%. Can you quote the sentence where you found 20% in case I'm still reading it wrong?

Its 25%. I guess the number is so high for a control group that I found it hard to believe that not so long ago people consumed so much fat. Good for them! and good for us that we were able to regain our consciousness. I get 60-80% of calories from fat.

Thanks for checking my work, Miki! I guess the reason that the 46% saturated fat number didn't look wrong to me was that during the time of that study (1957-1963) I was growing up. I remember eating lots of saturated fat (butter, lard, beef fat), and I remember my dad yelling at me for cutting the fat off my meat. (Well, he didn't really yell, but I got the message.) He said that in old-time London, people had to buy the fat separately. Of course I didn't believe him at the time, but perhaps it was true.