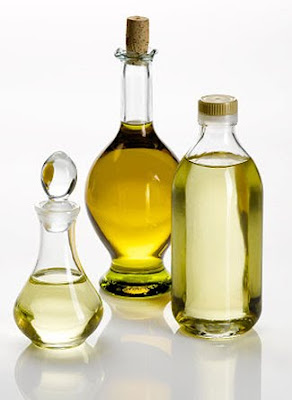 It turns out that the chain length of the fatty acids in the triglyceride is an important factor in choosing a fat that promotes weight loss. Most of the fats found in a normal diet will contain long-chain fatty acids. That is, most of the triglycerides we eat will have fatty acids that contain between 13 and 22 carbons. These long-chain fatty acids are digested in the gut, where they are packaged into chylomicrons. The chylomicrons are moved into the lymphatic system and eventually enter the blood at the left subclavian vein in the upper chest. (A review of the process can be found here.)

When the chylomicrons reach the blood, the long-chain fatty acids in them can be absorbed by any cell, including fat cells, that contain lipoprotein lipase. Once these fatty acids are absorbed into a fat cell, they are still available for later mobilization into the blood via hormone-sensitive lipase. But in insulin-resistant individuals, the activity of hormone-sensitive lipase is down-regulated by high insulin levels. In those people, stored fat tends to remain in storage.

A 1996 review article by Bach et al. discussed the fact that, compared with long-chain triglycerides, medium-chain triglycerides have more rapid delivery to the liver, higher oxidation rates, poorer rates of incorporation into fat cells, and greater control of satiety. However, there were some counteracting factors that suggested that eating medium-chain fatty acids might not produce the expected reduction in body weight. 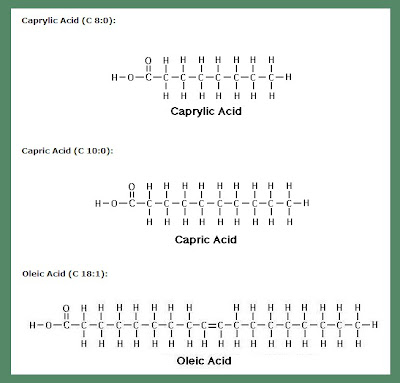 The studies discussed in this blogpost are not definitive, and much more research will be necessary to see if medium-chain triglycerides are an effective tool for reducing obesity. Nevertheless, it is encouraging to see that, at least in an experimental setting, these fats are able to decrease fat mass in both overweight men and women over time.
Posted by Stargazey at 9:37 AM

Mainstream science is coming around to the notion of eating fat to stay thin. See this Science Daily news item comparing the extended metabolic effects of a high fat versus high carb breakfast:

Bray said the research team found that fat intake at the time of waking seems to turn on fat metabolism very efficiently and also turns on the animal's ability to respond to different types of food later in the day.

Of course this is in mice and not humans, but it might be interesting (if somewhat unappetizing) to try a high-fat breakfast and see if it improves the ability to utilize fat as fuel throughout the day.

It's unfortunate the the news story, like so many others on studies comparing macronutrient ratios, did not provide grams or ratios for carbs, protein, and fat.

Good observation, Eva. Olive oil is about 10% omega-6 fatty acids and corn oil is about 50% fatty acids. The study that used corn oil would have made a dramatic difference in the amount of omega-6 that the subjects were eating.