Not All Proteins Are Created Equal 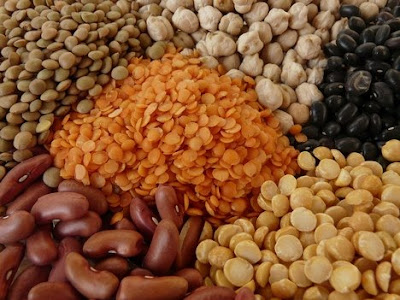 In the previous post we learned that eating 30 grams of protein per meal can increase fat loss, preserve lean muscle, prevent osteoporosis and improve the symptoms of type 2 diabetes. But protein can come from many different sources, including meat, eggs, dairy products and plants. Does the source of dietary protein make any difference?

In a word--yes. Proteins are linear molecules made of building blocks called amino acids. Proteins are synthesized within cells by an organelle called a ribosome that reads the "recipe" for each particular protein from another linear molecule called RNA. As the ribosome reads the RNA, it looks in its immediate vicinity for whichever of the twenty different amino acids is called for next in the sequence. If the ribosome comes to a point in the RNA "recipe" where the corresponding amino acid cannot be found, the ribosome falls off the RNA and synthesis of the protein stops. Until there is enough of the missing amino acid, that specific protein cannot be made.

Cereal grains such as corn, millet, rice and wheat are typically low in the amino acid lysine. Even though a person consumes many grams of protein in the form of cereal grains, the low abundance of lysine will prevent his or her body from making many of the proteins it needs for growth and repair. Legumes such as beans and peanuts are low in the amino acid methionine. Eating lots of beans or peanuts will provide lots of protein, but when the plant protein is broken down into its amino acids and these are then used for human protein synthesis by ribosomes, the ribosomes will be unable to find enough methionine to produce the proteins the body needs to sustain itself. When a food source is deficient in one or more essential amino acids, it is said to contain incomplete protein. Incomplete protein can be used as a source of calories or energy, but it is inefficent in meeting the body's need for human protein synthesis.

It is possible to mix plant sources of protein such as corn and beans in order to obtain a better overall amino acid profile. However, the complementary sources must be consumed within several hours of each other or the beneficial effect will be lost. The complementarity must also be well-understood. For instance, almonds are low in lysine and methionine, so addition of cereal grains or legumes to almond protein will still result in poor protein nutrition. Another aspect to consider is the fact that plant sources of protein are often more difficult to digest than proteins found in animal sources such as whey, meat or eggs. If the plant products are refined, digestibility is improved, but nutritional quality is lost.

Animal sources of proteins typically have a much better balance of essential amino acids than plants do. When you think about it, that makes sense. Plants do not use their proteins to make blood, muscles or organs. Plant proteins are used for different funtions, and the amino acid profiles of those proteins are unique. On the other hand, animals are similar to people in many ways, and their proteins require about the same percentage of amino acids that are required to make proteins having similar functions in humans. Good sources of animal protein include whey protein, casein (cheese), eggs, meat and fish. An interesting comparison of protein quality can be found here. As the chart in that link indicates, plant protein from soy does provide a complete array of amino acids. However, because consumption of soy products may be associated with alterations in hormone levels, they should be used with caution.

Protein is an important macronutrient. It has many beneficial primary and secondary effects, but if the protein consumed is not of high quality, i.e., if it is not complete protein, the body will not be able to use it effectively to make and repair skin, nails, hair, bone and muscle.
Posted by Stargazey at 8:45 PM 5 comments:

It's What's for Breakfast, Lunch and Dinner 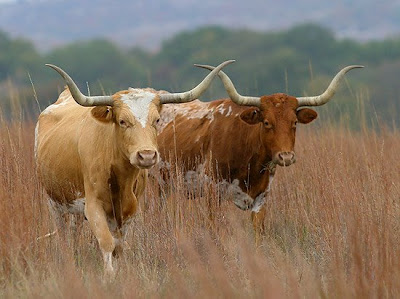 Normally the topics of discussion in this blog center around carbohydrates. But for something completely different, this time we'll discuss another macronutrient--protein. Recently Donald Layman published an article in Nutrition & Metabolism entitled Dietary Guidelines Should Reflect New Understandings about Adult Protein Needs. His findings are so interesting that I've decided to summarize them here. Links that back up each point can be found in the list of references at the end of his article.

Layman begins by discussing the fact that protein has traditionally been thought of as an expensive nutrient. While that's true in the context of managing animals in a feedlot, it is a little less true in a human society where families are willing to pay $5.00 for a box of breakfast cereal. Nevertheless, because we have been conditioned to think in terms of eating small amounts of protein, it is important to establish how much protein is enough.

The Institute of Medicine, Food and Nutrition Board, has established a recommended daily allowance (RDA) between 0.36 grams and 1.1 grams of protein per pound of total body weight. The important aspect of the protein RDA is that it is proportional to current body weight. It is not a percentage of daily caloric intake. In other words, a man who weighs 200 pounds needs to eat a minimum of 72 grams of protein daily. It doesn't matter if his typical caloric intake is 3000 calories per day or if he is dieting and eats only 1000 calories per day. Regardless of his total caloric intake, he should be careful to consume at least 72 grams of protein every day.

Layman points out that the Nutrition Board has not identified an upper risk limit for the amount of protein a person can consume in a day. In other words, a normally healthy person should be able to eat as much protein as he or she wants to. With that in mind, let's take a look at some of Layman's observations in this article.

1. Protein provides a greater satiety value than fats or carbohydrates and reduces food intake at subsequent meals. This effect is seen when protein intake is over 30 grams at a meal, is strongest when the protein is consumed at breakfast and is weakest when it is consumed in the evening.

3. In children and young adults, skeletal muscle synthesis is regulated by insulin secretion and caloric intake. However, in older adults, this switches to a pathway regulated by the essential amino acid leucine. To protect themselves from age-related loss of lean muscle, it is important for older adults to eat more than 30 grams of protein at least two or three times a day.

5. In type 2 diabetics, replacement of dietary carbohydrates with protein has been observed to decrease hyperglycemia, reduce post-prandial hyperinsulinemia, and improve HbA1c.


As the wise man said...getting old is definitely better than the alternative. But perhaps these recent studies have shown us that the symptoms of aging can be slowed down a bit in people who are willing to eat more protein.
Posted by Stargazey at 8:45 PM No comments: